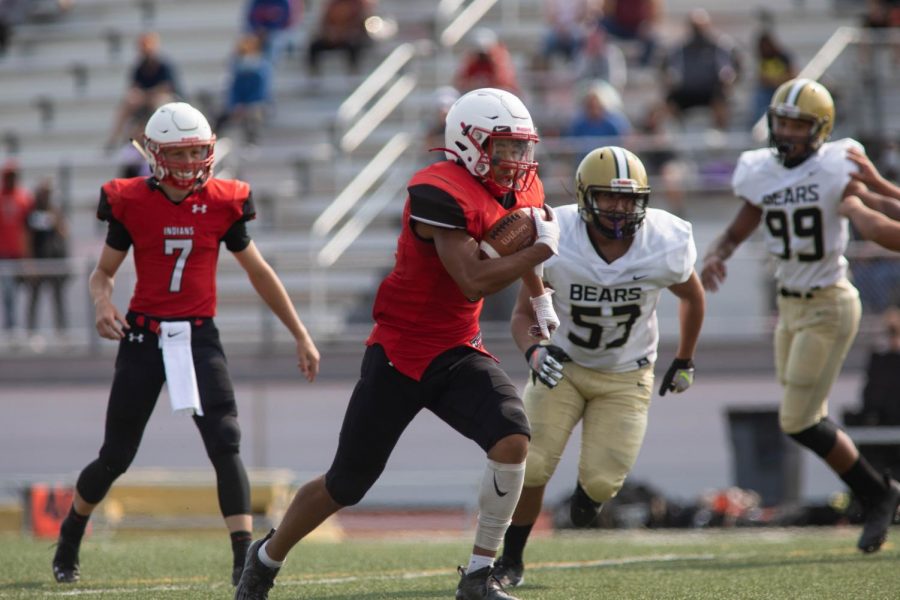 In their first game of the delayed 2020 season, the SM North football team defeated Turner 48-0. This was the first time North’s varsity football team had won since the end of the 2018 season, and it was the first win for new head coach Andrew Walter.

“I’m happy we won,” Walter said, “but I also know we have a ton of things we need to improve on.”

Even though the pandemic has made offensive and defensive installations slower, the coaching staff and players have still found a way to make things work.

“I’m very fortunate to have an amazing coaching staff and helpful administration who helped make it all work out,” Walters said.

Leading the team to their first victory of the season was quarterback, junior Isaiah Beck.

“We did what we were supposed to do,”  Beck said. “It was great for the team and coach Walter to get an opening game W. I would also say the coaches did a great job making the most of the little time we did have together throughout the summer.”

The team now turns their attention to the Sept. 25 matchup against SM Northwest.

“Right now we are just focused on winning our next game,” Beck said.