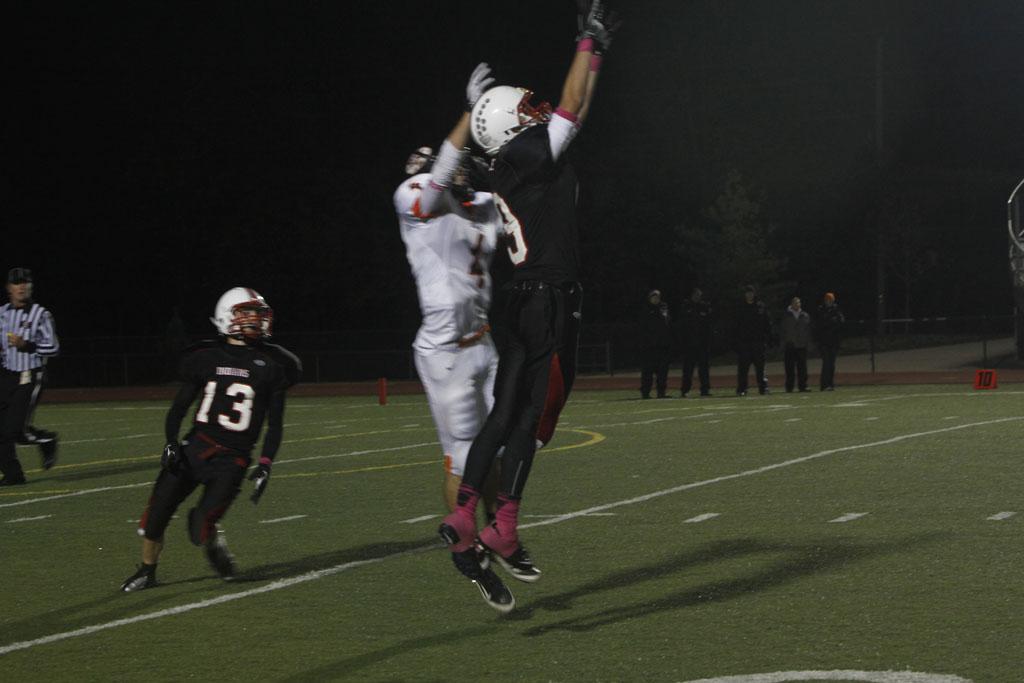 This last week the Indians football team had their Senior Night here at North. It was the final home football game and also the annual “pink-out” game.

The game was against arch rival Shawnee Mission Northwest Cougars.

The Cougars came in with a 1-6 record while North came in at 0-7. Both teams were in need of a win to stay alive for a playoff race.

The game started off fast with Northwest driving down on their first possession to take the lead 7-0.

After a 3 and out for the Indians, Northwest drove down again making the score 14-0. Later in the first half the indians finally drove down and scored on a fumble recovered for a touchdown by senior Nick Finazzo.

At the end of the first half The Cougars held the lead 28-6.

At the end of the 4th quarter junior Michael Williams was able to score another touchdowns for The Indians.

Next week The Indians will play their final game against the Lancers of Shawnee Mission East for the Nut Cup trophy.

The game will start at 7 p.m. at Shawnee Mission District Stadium South Location.