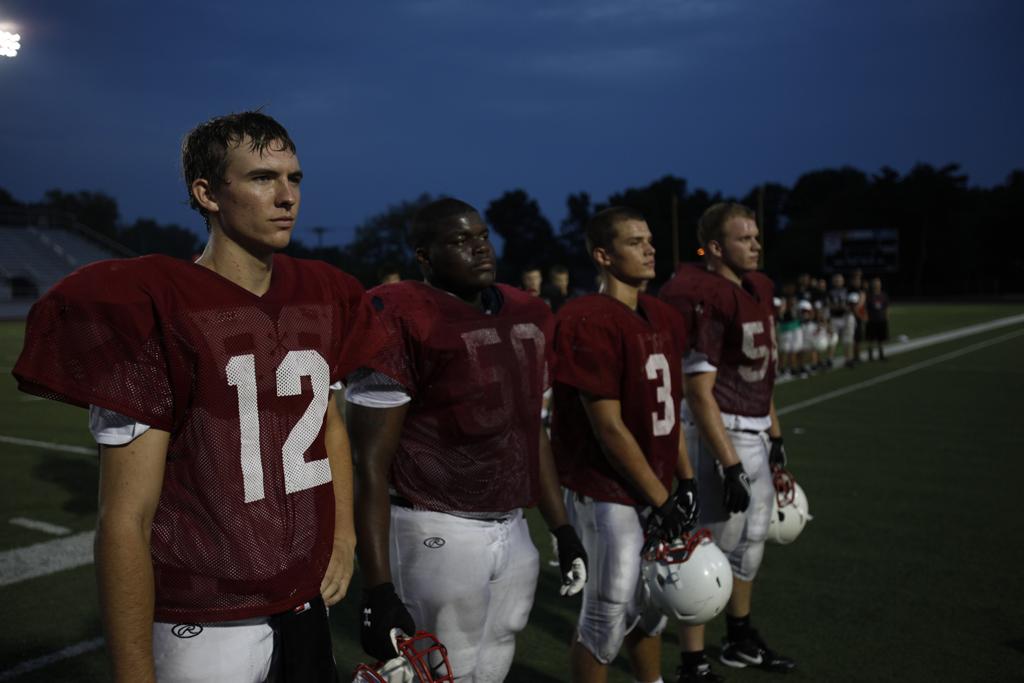 This week, The Indians went to Olathe to take on the Olathe Northwest Ravens. The Ravens came into the game with a 1-4 record. As for North, they came in at 0-5.

The game started off with a bang, with Indians senior Caleb Denman breaking off for a long touchdown in the first quarter. When Northwest go the ball back they ended the drive turning over the ball on downs back to North.

But, after an Indians fumble and a couple of stalled drives The Ravens were able to go into halftime winning the game 14-7.

At the opening of the half Olathe Northwest drove down the field and was held to a field goal that made the score 17-7. The Indians went 3 and out on their next drive.

When Olathe Northwest got the ball back, they quickly drove down and scored a touchdown making the score 24-7.

Then the Indians quickly struck back with a run by sophomore Mario Louis. After the touchdown, The Ravens scored once again. the score was now 31-14.

After that North scored again with the help of Louis on another run. With the score at 31-21 the Indians attempted an onside kick but Northwest recovered.