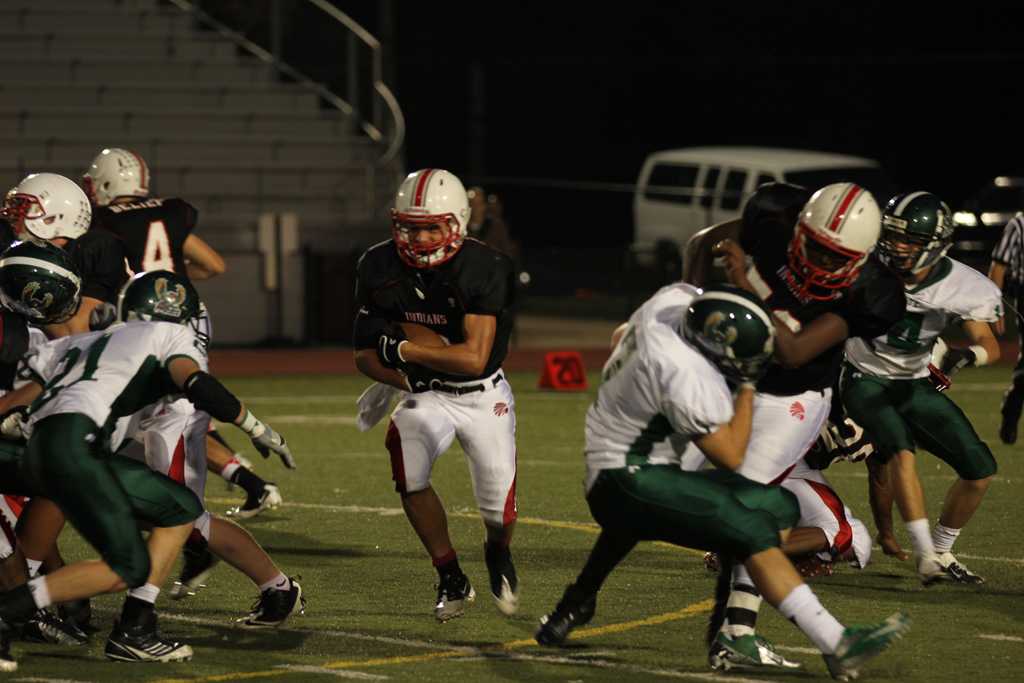 This week North went up against the Lawrence Free State Firebirds at home. The Indians were coming out 0-4 going against a team who was 3-1.

The game started off fast for the Firebirds with Ty Hughes returning the first punt of the game for a touchdown. Then on Free States first offensive play Kyle McFarland threw a pass to Hughes for another touchdown. The score was quickly 14-0 in the Firebirds favor.

At the end of the first half Hughes had 3 touchdowns and the Firebirds were leading 34-0.

A couple of good things came out in the end of the game. Seniors Caleb Denman and Henry Bell both rushed for touchdowns in the second half. Senior Marcus Oropeza also came up with 2 catches.

“The game didn’t go the way we wanted,” said Coach Dennis Grayless. “We have a lot of work to do to get ready for districts.”

Next week North will head to Olathe to play the Olathe Northwest Ravens. The game will be next Thursday at 7p.m. at CBAC in Olathe.