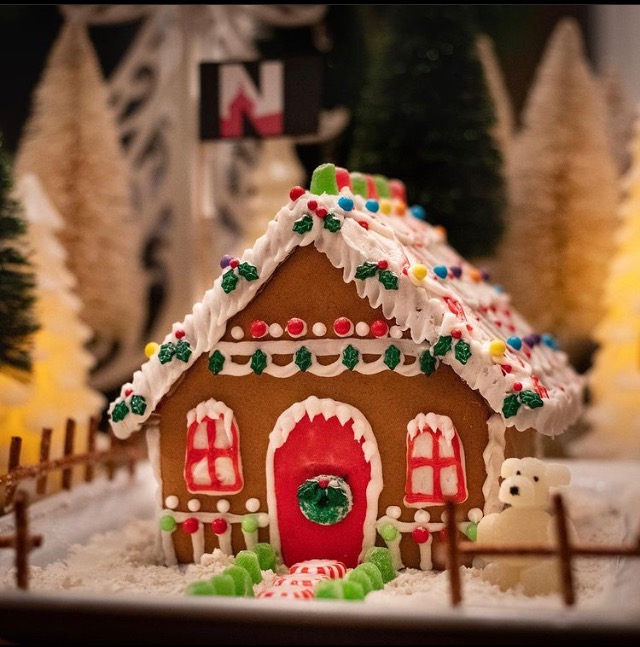 This year’s Annual Gingerbread House Party, organized by the PTSA, went virtual. It was open to the community, anyone who wanted to participate was welcome. Gingerbread house kits were available for pick up from SM North on Dec. 10, and participants posted photos online or through email by Dec. 12.

The winners, who were announced on PTSA social media pages on Dec. 13, each won a $20 QuikTrip gift card. The winners were seniors Natalie Medina, Anna Hathaway, and Evan Whitaker, along with the Cunningham, the Meade, and the Knoshaug families.

This is the second year the PTSA has hosted the Gingerbread House party, however unlike last year’s party, an actual in-person party was not an option due to COVID-19 regulations.

“Last year we had an actual party because we could, but this year it’s all virtual,” PTSA member Jocelyn Bennet said. “And since people are doing it from their own home, instead of making them stick to a particular time we just let them do their houses whenever, and then they can post photos.”

In spite of setbacks due to COVID-19, this year’s event was still able to take place. Last year’s party attracted about 50 participants, while this year PTSA had 70 kits and passed out 65.

“This is pretty new, but so many people showed up last year that there was no way we weren’t gonna do it again,” Bennet said, “Nobody really knew what kind of events we were going to be able to have this year, so this event worked out pretty well virtually because you could take the kit home and build your house on your own time.”

Last year’s party was originally a student’s idea, to get the student body more included in events.

“So one of our student liaisons thought, hey, this would be a fun idea, and students would probably like to get involved because [at that time] we weren’t doing a lot of activities that involved students,” Bennet said, “so we went along with it.”

Since having a party was not an option, PTSA hoped to put something fun together that students could participate in and would still enjoy.

“I think that you miss the social aspect, because having a party is a lot of fun, so we kind of tried to make up for that aspect just by having some fun on social media,” Bennet said, “Like sharing what the houses looked like, and trying to joke and have fun and make it into a kind of party, when it really isn’t a party since we can’t all be together.”