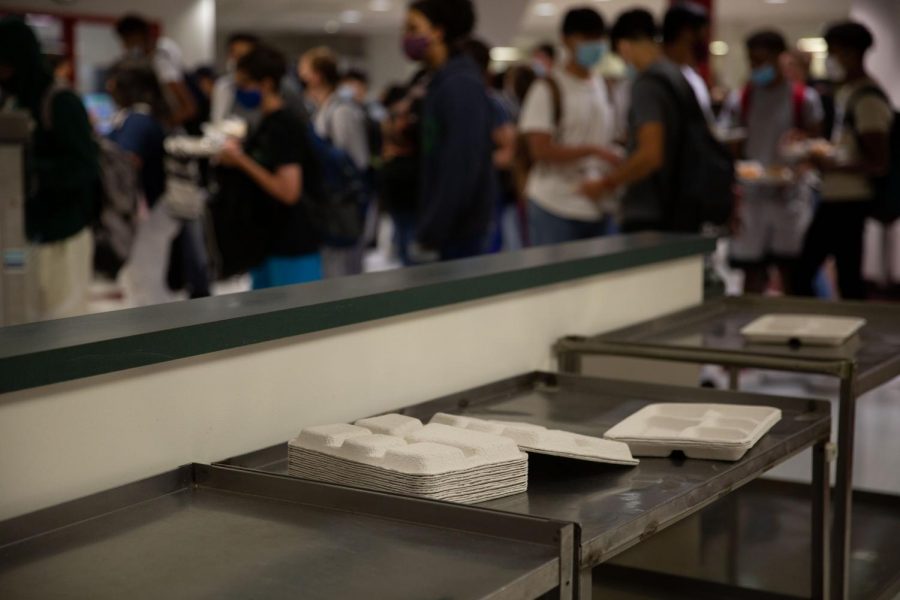 Due to local, regional and national shortfalls in terms of food services and busing, there is an increased possibility of menu changes and substitutions in school lunches. There have been issues along the food supply chain, which resulted in Food Services having trouble receiving products.

“We don’t anticipate not having enough food,” SMSD Chief Communications Officer David Smith said. “In the event that we are unable to obtain a specific food, we would substitute something else to ensure that students got fed.”

For example, the district was planning to offer a Cheese Omelette at breakfast. However, the company was unable to produce enough for the demand, so a variety of different food items were offered to cover that shortage. On a daily basis, 10-12 items are shorted/substituted per school.

There have been other Kansas school districts who are coping with this problem by getting fresh meat and produce straight from farms. Smith said it is unlikely that the Shawnee Mission School District will do that, because of the challenge of scale.

“We have 45 schools in the district,” he said, “Very few farms would be able to handle that amount to supply lunches for every school.”

There is also the issue of cost. According to Smith, food costs increase every year; this year’s forecasted increase is about 13 percent.

With that comes participation, or how many lunches are given out each year. In September 2019, 14671 lunches were served. This year, as of September 8, 16850 lunches have been served thus far.

“One of the biggest issues our department is facing besides the challenges with the supply chain is the inability to fill vacant positions,” Smith said. “Since we do not have applicants to fill positions, we are covering vacancies and absences by temporarily reassigning staff to a different building until positions can be filled.”

There are 14 vacant food service positions in Shawnee Mission schools, plus additional vacancies for 9 floaters, of which only two floater positions are filled. Floaters are the positions that cover vacancies.

Smith emphasizes that the district would love for people to apply for positions — many are part-time positions with benefits like insurance and retirement.

“Many of our employees are parents who joined our team when their students went to school,” Smith said. “We have a great staff who works hard to make sure that students are fed every day.”