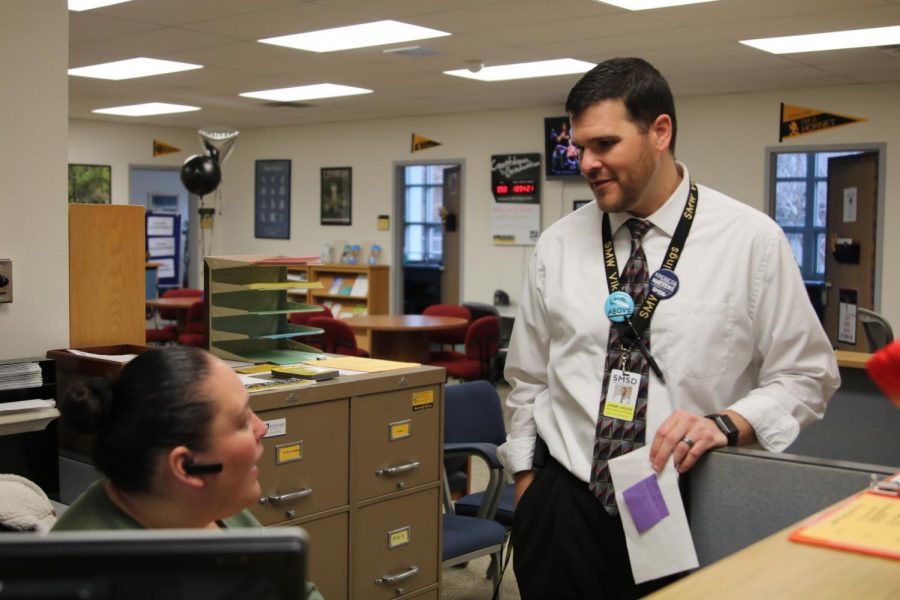 Following the announcement of the departure of SM North Principal David Tappan, Dr. Jeremy Higgins has been named the new principal of North for the 2018-19 school year.

“I’m very approachable,” Higgins said. “I want students to know that I want them to feel comfortable coming up and talking to me.”

He also emphasized that his goal is for students to enjoy coming to school every day.

“You only get high school once,” Higgins said. “I want those four years to be a magical experience for students. I want them to wake up every day wanting to come to school.”

No job listing was posted for the principal position at North; rather, district administrators sought to find a candidate who was already a district employee.

“We looked at everyone to see who would be the best candidate,” said Director of Secondary Services Joe Gilhaus. “A large group of administrators were considered.”

Higgins will be the third principal North has had in four years, preceded by David Tappan and Richard Kramer.

“It’s like they’ve given up on us,” junior Jolina Justus said. “When you’re principal, kids rely on you. When they leave after a year it feels like they never really cared about students or making the school better.”

Despite looking forward to working with a new principal, junior Adrianna Warren feels that the three principal changes make it difficult to get attached to a principal.

“It’s like a parent giving up child and replacing them with another child,” Warren said. “People become attached to the principal and it’s pathetic that they all leave.”

However, Higgins wants students to know that it is not his intention to make the North principal position a temporary job.

“I think my track record speaks to that,” Higgins said. “It’s not my goal to be in for a year and out the door.”

North Associate Principal David Ewers said that change in leadership every few years is something inevitable in education.

“It happens sometimes,” Ewers said. “There’s turnover, that’s how it goes, but we’re going to continue to build on the great things we’ve established.”