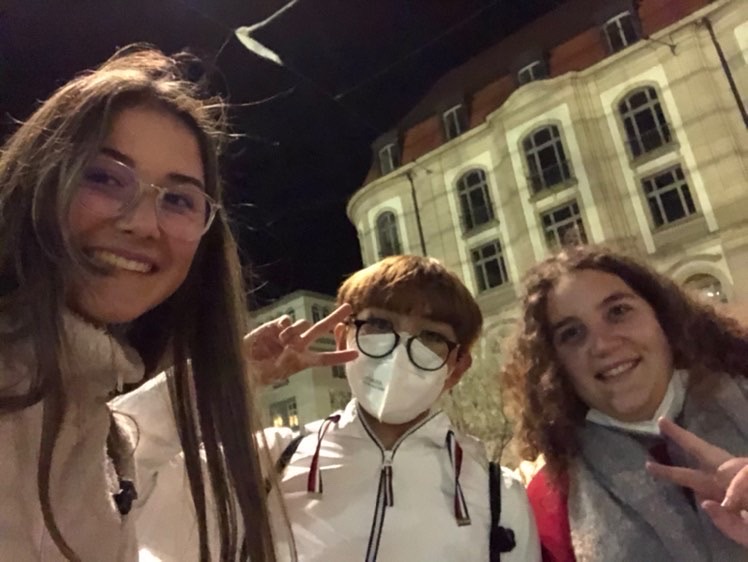 Since I have an English exam this week, I thought it was time to dive into German schools with more detail and to also explore the culture shocks I’ve experienced.

Culture Shock is essentially confusion and anxiety that’s brought on by living in a new country and experiencing its culture.

When I first arrived at my high school, I thought I had taken the wrong bus, it surprised me how young some of the students were. The average high school or Gymnasium in Germany hosts students starting at around 11 years old and from third grade, they started learning English and other languages along with their basic courses. I thought it was amazing that students were required at such a young age to learn other languages, and you can easily see the impact of this decision as most of the students in my class can have a conversation with me in English.

One of the first questions I got from my classmates was “Is American high school like High School Musical?” A hilarious question for me, which sparked an even more hilarious reaction when I told them I’d never seen the movie.

However, I would learn quickly how different German schools were from American ones, and how much this would impact my experience.

When I first started attending school, the best way I could have described the atmosphere was cold. I have to admit that I was definitely overwhelmed with being a new student, in a new country, learning a new language. But when I first got there I noticed how different it was from the North. German schools don’t have mascots, sports teams, or afterschool clubs, and I wasn’t sure how I was supposed to get involved at my school.

On top of that, I was struggling with my new school schedule. Although my schedule stays the same every week, the breaks in between classes vary drastically per day. Sometimes I have up to four hours of free time, and other days only minutes. I also would learn that often classes are canceled or moved to another room at the last minute, and I would have to use the school app to see what the changes were. I admit I like the freedom that the free time provides, but at the beginning, it was hard to have a stable routine and I often missed parts of class.

Classes are mainly lecture styled, with occasional demonstrations in classes like physics where labs are needed.

Students here seem to take studying seriously from an early age using any of their free time to prepare for their classes, which explains the lack of afterschool activities.

Whenever I had a break between classes I would sit down at one of the tables that lay around the school for the students. Every time I sat next to another student I noticed how engrossed they were in their studies, and how often they studied. Often teachers will randomly quiz students in their class about what they’ve learned so far. This “Mündliche Leistungskontrolle” or oral exams count towards the students’ grade and seem to be a dreaded part of the class for any student who hasn’t studied.

One of my biggest issues the first month into the school year was comparing German and American schools, or in particular reminiscing about school in America. I think a part of what makes culture shock so hard is our resistance to change when everything is already changing around us. With a huge decrease in afterschool activities and the isolation brought on with COVID in German schools, these first few months of school were rougher than I expected.

I felt out of place, and unsure what to do with my time, worried about missing out on my senior year. I had to constantly remind myself to dwell in what could have been. “Don’t let your mind wonder about what you are missing back home. Instead, make good memories and ‘Futter Deine Seele’ (feed your soul).” That’s the advice my dad had given me, and despite its movie-like cheesiness, it’s a great reminder for when I’m feeling homesick. Being in a situation that is all-around exciting but at times extremely isolating reminded me of the secluded atmosphere during quarantine, but more extreme. This feeling of isolation was especially strong the first month of school with my host parents returning to work full time, and me having no idea what to do with my free time. Luckily, over the past few months, I’ve figured out how to enjoy my free time while trying to make the best of mundane experiences. Going on hikes, reading, baking, and writing turned out to really help handle the first-month blues.

Those rougher and more alone moments make me feel so lucky to have the greater ones with my host family and other American participants.

After finding out we were all in the same area, I and some other CBYX participants from my program decided to meet and spend time in the bigger surrounding cities every other weekend or so to hang out, discuss frustrations, language issues, making friends, and much else. I found it funny how despite how different in style and backgrounds we all managed to connect over our experiences: also are great shopping buddies.

With December approaching, I’m super excited to start celebrating Christmas and other related holidays. Here advent, Christmas, and its following days are well celebrated in Germany with many traditions such as the Weihnachtsmarkt (Christmas Market). I’ll be posting some photos of Germany’s winter festivities in the future.